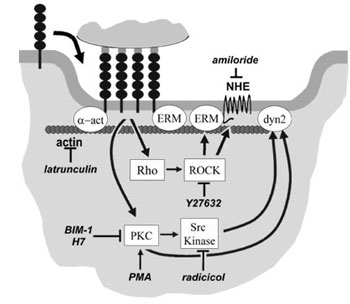 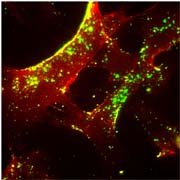 Cell adhesion molecules, such as ICAM and PECAM, help mediate cell cell interactions. For instance, when an immune cell (such as a neutrophil) encounters an endothelial cells at a site of inflamation, ICAM helps the two cells bind to each other and enables neutrophil transmigration. In addition to the physiological roles for cell adhesion molecules, these proteins also are useful targets for endothelial cell-specific drug targeting. We had previously observed that monomeric anti-ICAM was not endocytosed by endothelial cells, however, multimeric antibody conjugates were readily internalized and had therapeutic benefits. Using a combination of molecular and pharmacologic approaches to further define the mechanism of antibody conjugate uptake, we found that crosslinking ICAM stimulates endocytosis via a previously undescribed pathway. Some of the properties of this endocytic pathway, such as the long lifetime of internalized antibody conjugates, are advantageous for the design of drug delivery vehicles. 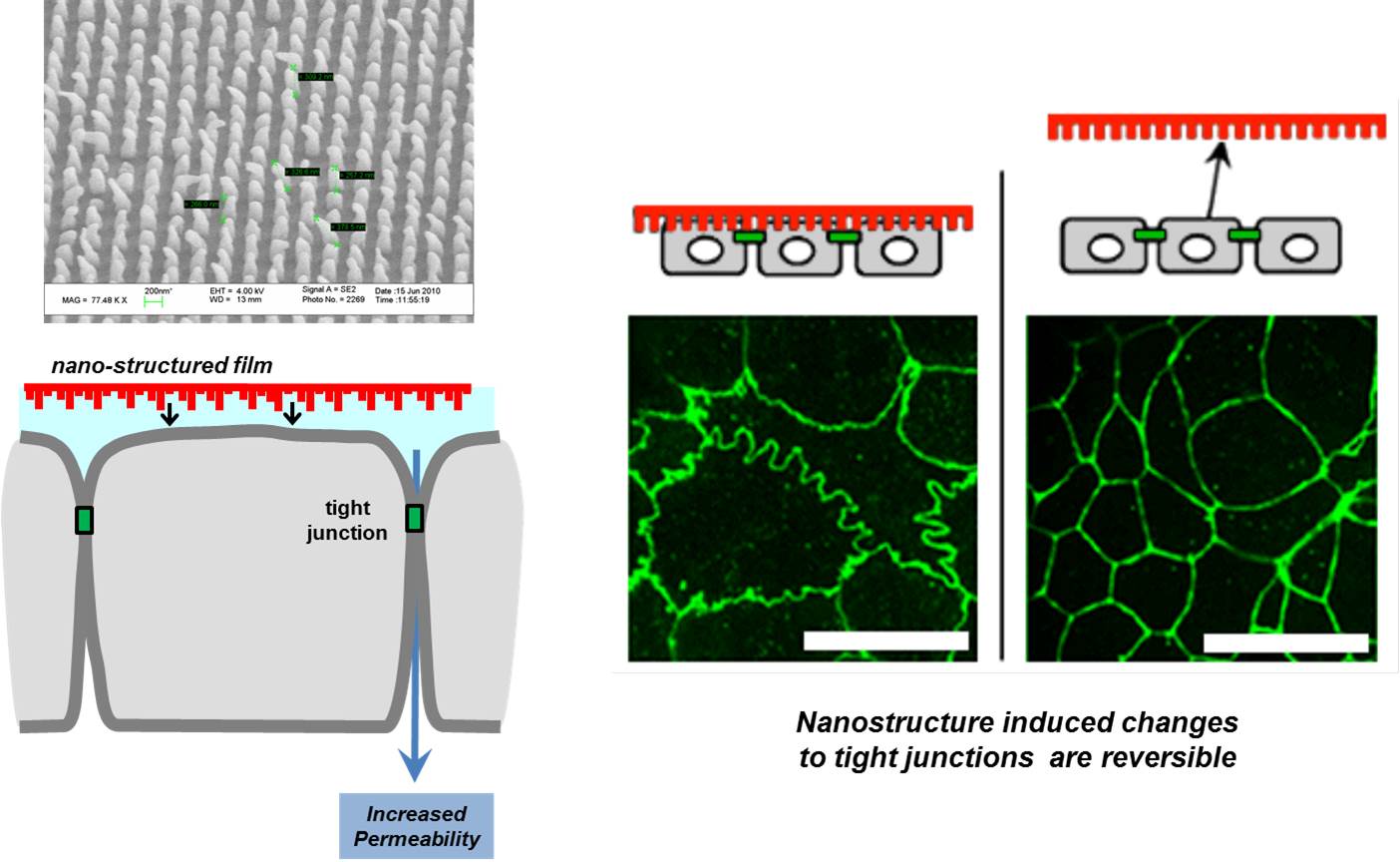 Nanostructure also has the potential to influence cell behavior by providing cues which mimic the way cells interact with their microenvironment. We are examining the effect of nanostructured thin films placed in contact with epithelial monolayers on cell behavior, with particular emphasis on using nanostructured films to transiently increase protein transport across the barrier. An example of this approach is shown on the left, where a nanostructured film induced tight junctions to have a characteristic serpentine appearance that correlated with increased paracellular permeability to Enbrel (Etanercept). This effect was reversed when the film was removed, suggesting the potential for a novel safe and effective method for delivery of macromolecular therapeutics. Current work focusses on understanding the mechanistic basis for this effect.